The significance of the Christmas crèche
Pope Francis has spoken out on the importance of the Nativity, urging Christians to set up Christmas cribs at work, at school, in hospitals, prisons and town squares. 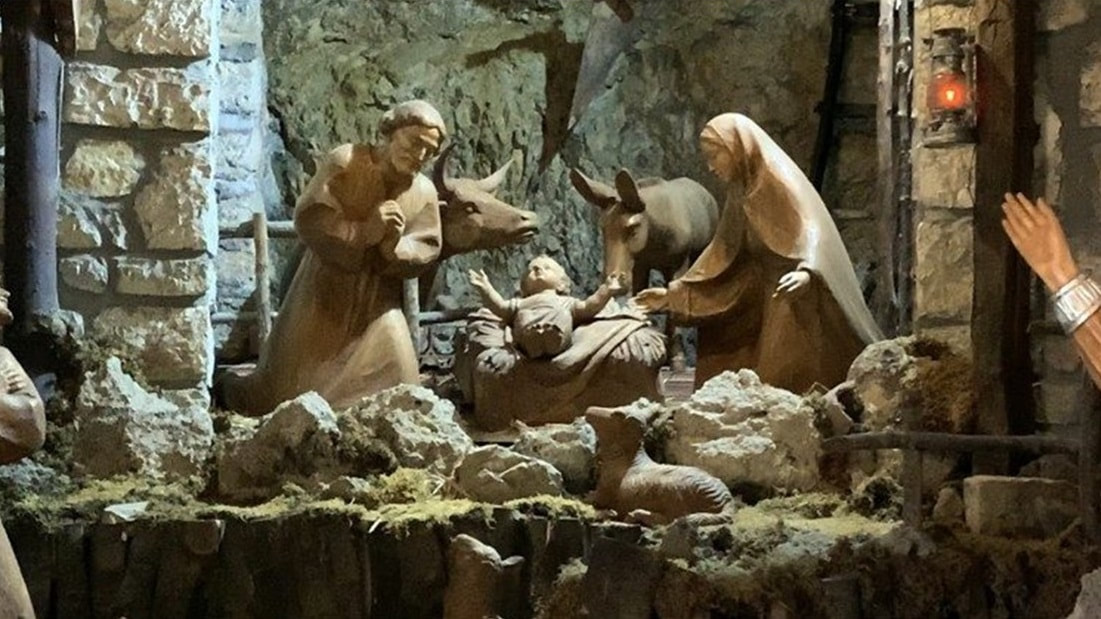 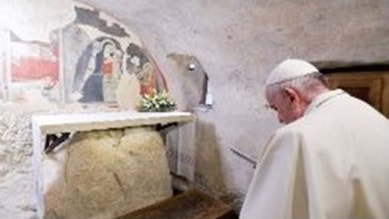 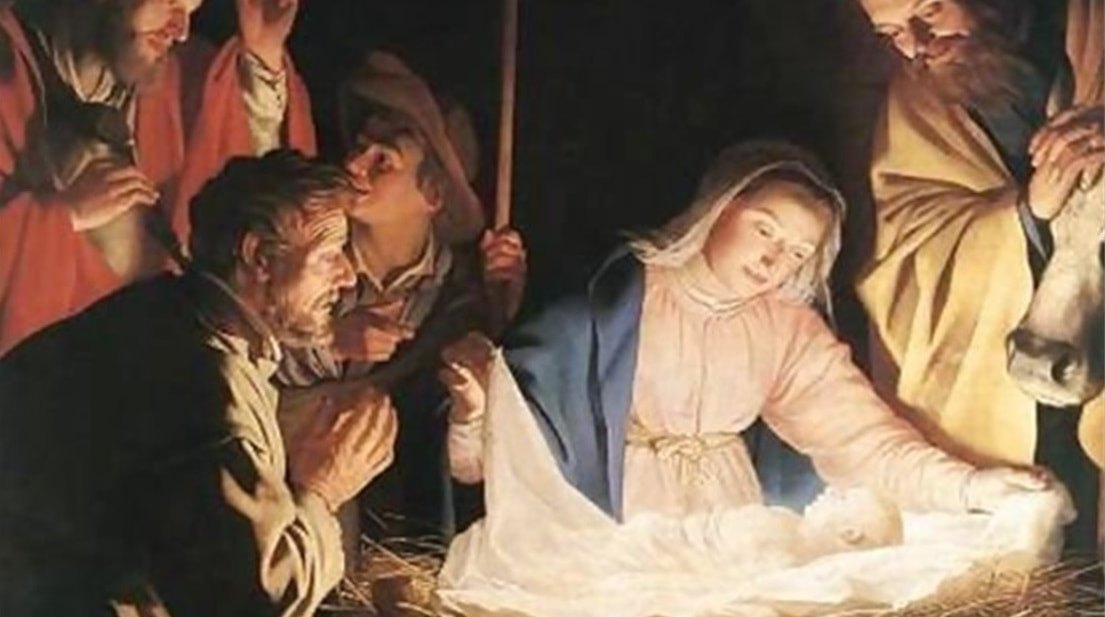 An enchanting image
The Latin title of the Letter refers to the “enchanting image” of the Christmas crèche, one that “never ceases to arouse amazement and wonder”, writes the Pope. “The depiction of Jesus’ birth is itself a simple and joyful proclamation of the mystery of the Incarnation of the Son of God”, he says.

A living Gospel
“The nativity scene is like a living Gospel rising up from the pages of sacred Scripture”, continues Pope Francis. Contemplating the Christmas story is like setting out on a spiritual journey, “drawn by the humility of the God who became man in order to encounter every man and woman.” So great is His love for us, writes the Pope, “that He became one of us, so that we in turn might become one with Him.”

A family tradition
The Pope hopes this Letter will encourage the family tradition of preparing the nativity scene, “but also the custom of setting it up in the workplace, in schools, hospitals, prisons and town squares.” Praising the imagination and creativity that goes into these small masterpieces, Pope Francis says he hopes this custom will never be lost “and that, wherever it has fallen into disuse, it can be rediscovered and revived.”

The Gospel origin of the crèche
Pope Francis recalls the origin of the Christmas crèche as related in the Gospels. “Coming into this world, the Son of God was laid in the place where animals feed. Hay became the first bed of the One who would reveal Himself as ‘the bread come down from heaven’.” The nativity scene “evokes a number of the mysteries of Jesus’ life and brings them close to our own daily lives”, writes the Pope.

Saint Francis’ crèche in Greccio
Pope Francis takes us back to the Italian town of Greccio, which Saint Francis visited in the year 1223. The caves he saw there reminded him of the countryside of Bethlehem. On 25 December, friars and local people came together, bringing flowers and torches, writes the Pope. “When Francis arrived, he found a manger full of hay, an ox and a donkey.” A priest celebrated the Eucharist over the manger, “showing the bond between the Incarnation of the Son of God and the Eucharist.”

The start of the tradition
This is how our tradition began, continues Pope Francis, “with everyone gathered in joy around the cave, with no distance between the original event and those sharing in its mystery.” With the simplicity of that sign, Saint Francis carried out a great work of evangelization, he writes. His teaching continues today “to offer a simple yet authentic means of portraying the beauty of our faith.”

A sign of God’ tender love
Pope Francis explains that the Christmas crèche moves us so deeply because it shows God’s tender love. From the time of its Franciscan origins, “the nativity scene has invited us to ‘feel’ and ‘touch’ the poverty that God’s Son took upon Himself in the Incarnation”, writes the Pope. “It asks us to meet Him and serve Him by showing mercy to those of our brothers and sisters in greatest need.”

The meaning of the crèche elements
Pope Francis reflects on the meaning behind the elements that make up the nativity scene. He begins with the background of “a starry sky wrapped in the darkness and silence of night.” We think of when we have experienced the darkness of night, he says, yet even then, God does not abandon us. “His closeness brings light where there is darkness and shows the way to those dwelling in the shadow of suffering.”

The landscape
The Pope then writes about the landscapes that often include ancient ruins or buildings. He explains how these ruins are “the visible sign of fallen humanity, of everything that inevitably falls into ruin, decays and disappoints.” This scenic setting tells us that Jesus has come “to heal and rebuild, to restore the world and our lives to their original splendour.”

The shepherds
Turning to the shepherds, Pope Francis writes that, “unlike so many other people, busy about many things, the shepherds become the first to see the most essential thing of all: the gift of salvation. It is the humble and the poor who greet the event of the Incarnation.” The shepherds respond to God “who comes to meet us in the Infant Jesus by setting out to meet Him with love, gratitude and awe”, he adds.

The poor and the lowly
The presence of the poor and the lowly, continues the Pope, is a reminder that “God became man for the sake of those who feel most in need of His love and who ask Him to draw near to them.” From the manger, “Jesus proclaims, in a meek yet powerful way, the need for sharing with the poor as the path to a more human and fraternal world in which no one is excluded or marginalized.”

Everyday holiness
Then there are the figures that have no apparent connection with the Gospel accounts. Yet, writes Pope Francis, “from the shepherd to the blacksmith, from the baker to the musicians, from the women carrying jugs of water to the children at play: all this speaks of everyday holiness, the joy of doing ordinary things in an extraordinary way.”

Mary and Joseph
The Pope then focuses on the figures of Mary and Joseph.
“Mary is a mother who contemplates her child and shows Him to every visitor”, he writes. “In her, we see the Mother of God who does not keep her Son only to herself, but invites everyone to obey His word and to put it into practice. Saint Joseph stands by her side, “protecting the Child and His Mother.” Joseph is the guardian, the just man, who “entrusted himself always to God’s will.”

The Infant Jesus
But it is when we place the statue of the Infant Jesus in the manger, that the nativity scene comes alive, says Pope Francis. “It seems impossible, yet it is true: in Jesus, God was a child, and in this way He wished to reveal the greatness of His love: by smiling and opening His arms to all.” The crèche allows us to see and touch this unique and unparalleled event that changed the course of history, “but it also makes us reflect on how our life is part of God’s own life.”

The Three Kings
As the Feast of Epiphany approaches, we add the Three Kings to the Christmas crèche. Their presence reminds us of every Christian’s responsibility to spread the Gospel, writes Pope Francis. “The Magi teach us that people can come to Christ by a very long route”, but returning home, they tell others of this amazing encounter with the Messiah, “thus initiating the spread of the Gospel among the nations.”

Transmitting the faith
The memories of standing before the Christmas crèche when we were children should remind us “of our duty to share this same experience with our children and our grandchildren”, says Pope Francis. It does not matter how the nativity scene is arranged, “what matters is that it speaks to our lives.”
​
The Christmas crèche is part of the precious yet demanding process of passing on the faith, concludes Pope Francis. “Beginning in childhood, and at every stage of our lives, it teaches us to contemplate Jesus, to experience God’s love for us, to feel and believe that God is with us and that we are with Him.”